Welcome to Unit 4 of AP Euro! This is the second of three units covering the period from 1648 (Peace of Westphalia) to 1815 (Congress of Vienna). As the title suggests, science and philosophy are important topics, particularly the Scientific Revolution and the Enlightenment.
📄 Study AP European History, Unit 3: Absolutism and Constitutionalism

Reason means the use of observable evidence and logic. The increasing importance of human reason during this time period both continued and changed trends from the Renaissance (Unit 1) and the Reformation (Unit 2). The use of reason continued the emphasis on people thinking for themselves but challenged religion and classical science.

Developments in astronomy, beginning in the 16th century, revolutionized scientific knowledge and method. Copernicus, Galileo, and Newton questioned classical ideas about the universe and contributed to the scientific method. Scientists working in anatomy and medicine similarly overturned ancient ideas about the human body. 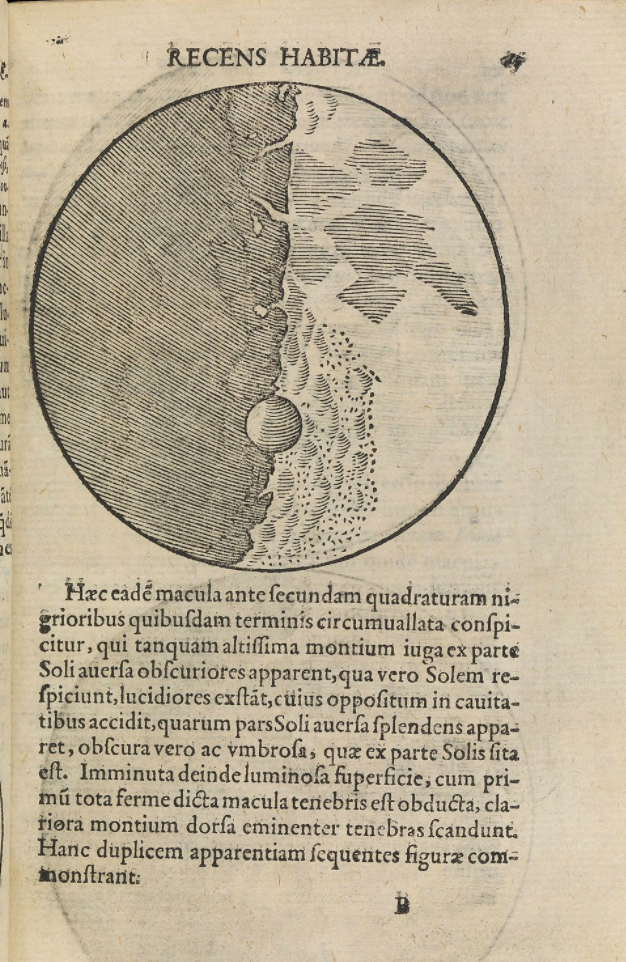 Image of from Wikipedia.

Galileo's illustration of the moon. Galileo used a telescope to closely observe the moon and proved that its surface was not uniform.

Rene Descartes and Sir Francis Bacon contributed new ideas about the use of reasoning and experimentation that contributed to the scientific method. Historians are careful not to overstate the changes in scientific thinking, however. Alchemy and astrology remained popular with elites, including scientists; tradition and religion continued to shape how most people interpreted the world. 🎥 Watch: AP European History - Scientific Revolution

The Scientific Revolution created a view of the world as rational and understandable. Philosophers such as Voltaire and Diderot applied this type of thinking to human society. They were part of an exchange of ideas during the 18th century known as the Enlightenment, the most important topic in Unit 4. Enlightenment philosophes (French for “philosopher”) gathered in French salons and English coffee houses. They also exchanged writings across Europe. 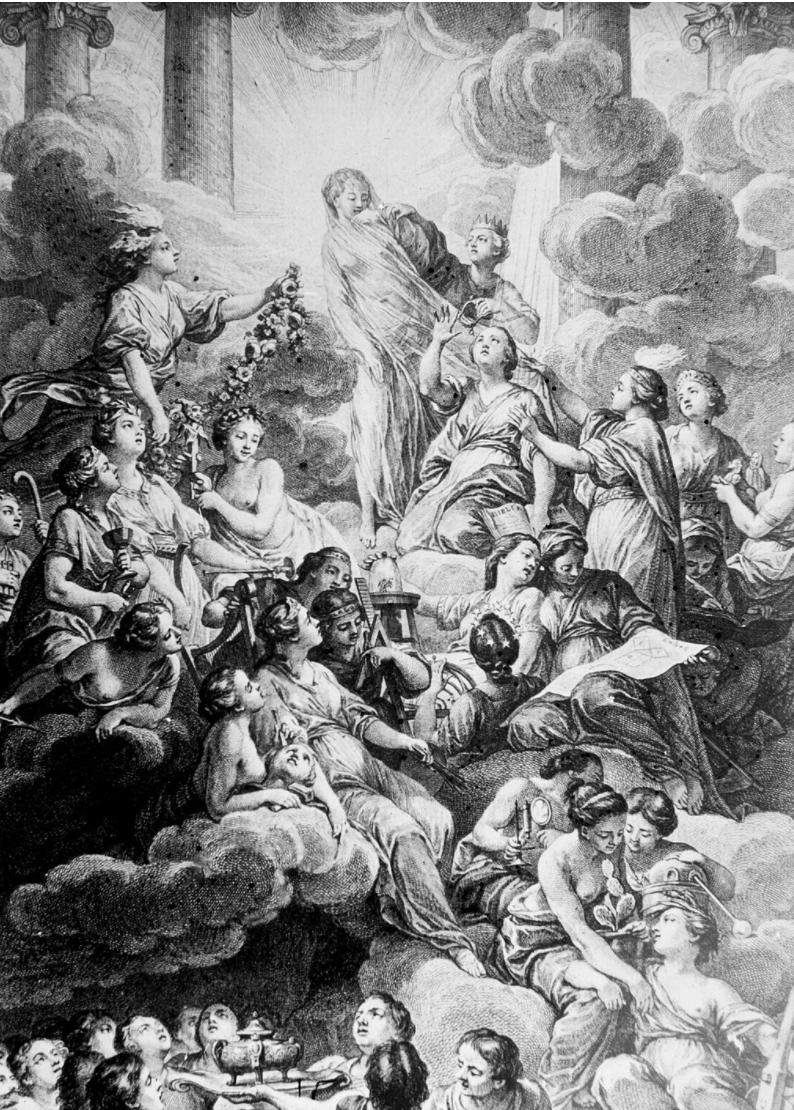 Shows the frontispiece to the original Encyclopedia. Symbolic figures representing reason and philosophy are revealing truth by removing her veil.

The Enlightenment refers to a way of thinking and to an intellectual community. In politics, writers like Locke and Rousseau advocated for more people to have more power in governing society. Locke also created justifications for the importance of individual rights. Some monarchs, such as Catherine the Great, however, adopted Enlightenment rationality to make their states more efficient and thus more powerful. Similarly, early feminists used Enlightenment language to argue for women's rights, but some philosophes argued for traditional sexism using new language.
Enlightenment thinking also influenced European views of religion. The emphasis on human reason led many to begin to question religion. Deism, the belief in a creator, but not necessarily a religion, emerged from this.
🎥 Watch: AP European History - Enlightenment

Baroque art and music dominated the early part of this time period (see Unit 2). Later, in the 17th century, neo-classical styles began to become more prominent.  Known as simply “classical” within the field of music, this style involved Enlightenment rationality in the form of clear patterns, tones, and forms. Also, as the name suggests, neo-classicism in visual art often involved Greek or Roman themes. If you see togas, it's probably neoclassical. 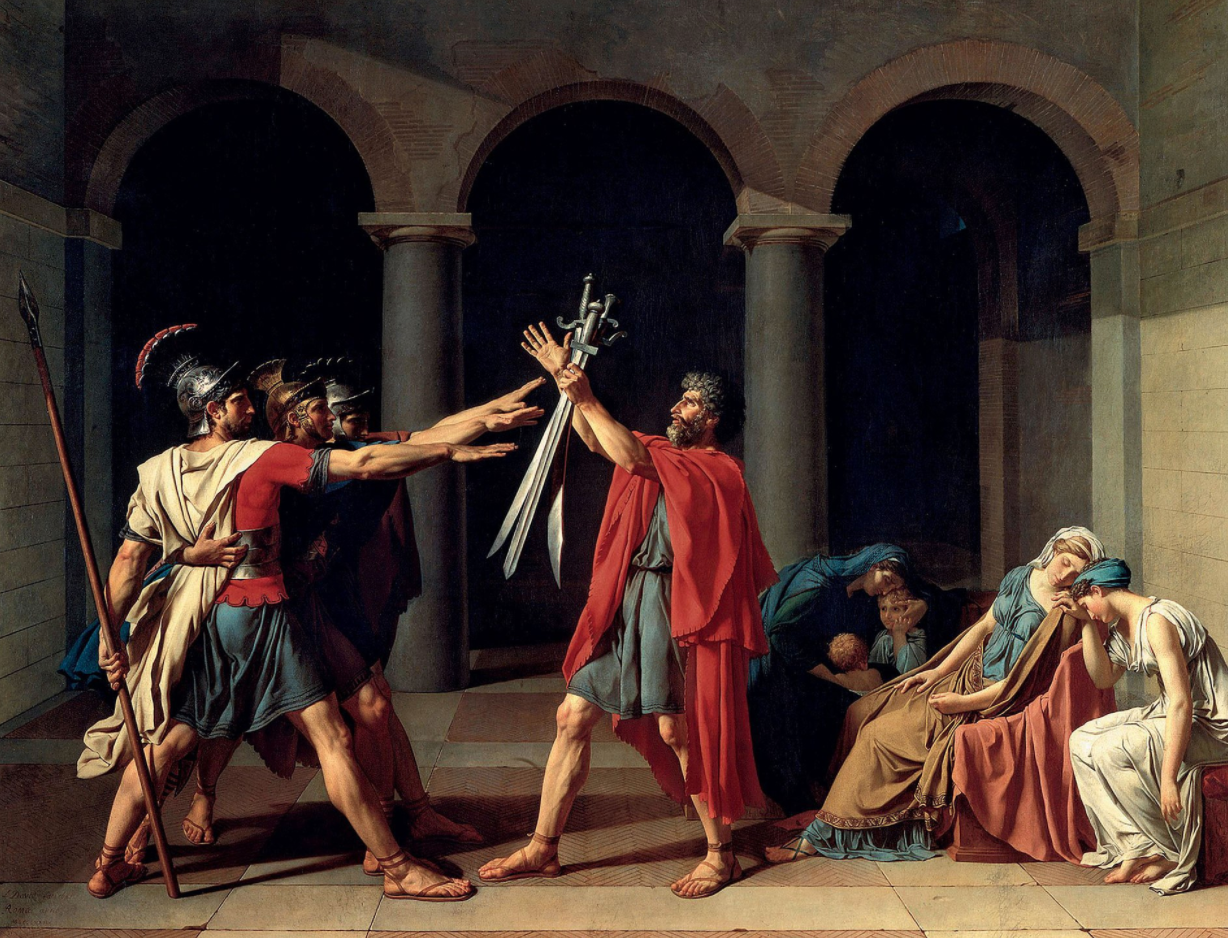 The Oath of the Horatii (1784) by Jacques Louis David is an important example of neoclassical art.

European oceanic voyaging and overseas colonization increased Europeans' knowledge of the world. Scientists and philosophes were interested in environments and human societies beyond Europe. Literature, both fiction and non-fiction, increasingly included representations of people beyond Europe. Overall, the arts became less focused on royal and religious subjects and more focused on individual ideas and experiences.

The 17th century was a difficult time to be alive in Europe. It was the only century covered in AP Euro in which the overall population declined. 18th-century changes in everyday life included reversing this trend. 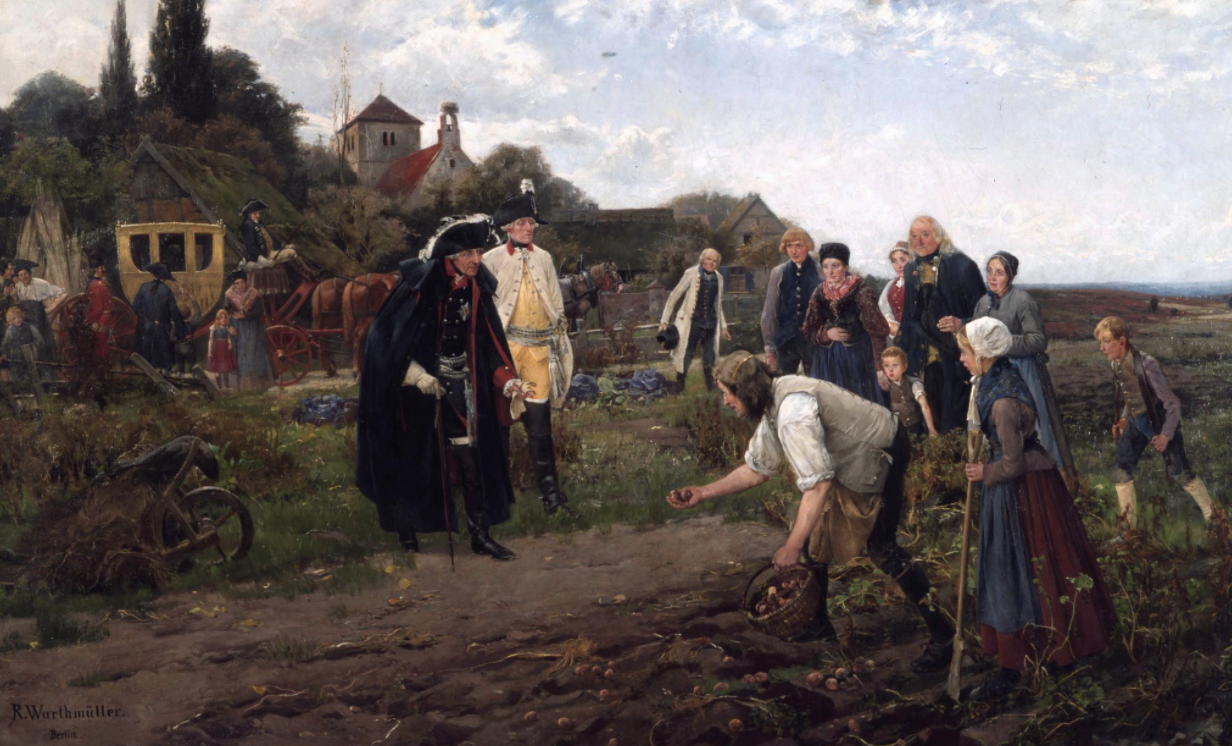 Shows Frederick the Great of Prussia looking at a recently harvested potato.

Starting mid-century, the number of babies born to unmarried women increased in Western Europe. Social changes related to agricultural developments and early industrialization may have contributed to this, but many traditional family patterns remained. Some families also practiced forms of birth control in order to be able to support children who were now a little more likely than in previous centuries to survive. Moreover, the ongoing Commercial Revolution meant that more families had income and many chose to use that to create space, such as separate rooms, for children.
🎥 Watch: AP European History - New Societal Order--1700s European Family

Medical changes did not play a large role in the increasing population of the 18th century. Food supply and earlier marriages were more significant. At the end of the century, however, the development of smallpox vaccination began to save lives from this deadly disease.

As mentioned, Enlightenment ideas affected politics in a variety of ways. Using Enlightenment thought to strengthen monarchy is known as Enlightened Absolutism. The three most prominent Enlightened Absolutists–Catherine the Great (Russia), Joseph II (Austria), and Frederick the Great (Prussia)–ruled states in Central and Eastern Europe. Their states became more powerful during the 18th century. Whether they were absolutist or not, Enlightened rulers often increased religious freedom by removing at least some restrictions on Jews and dissenting Christians. 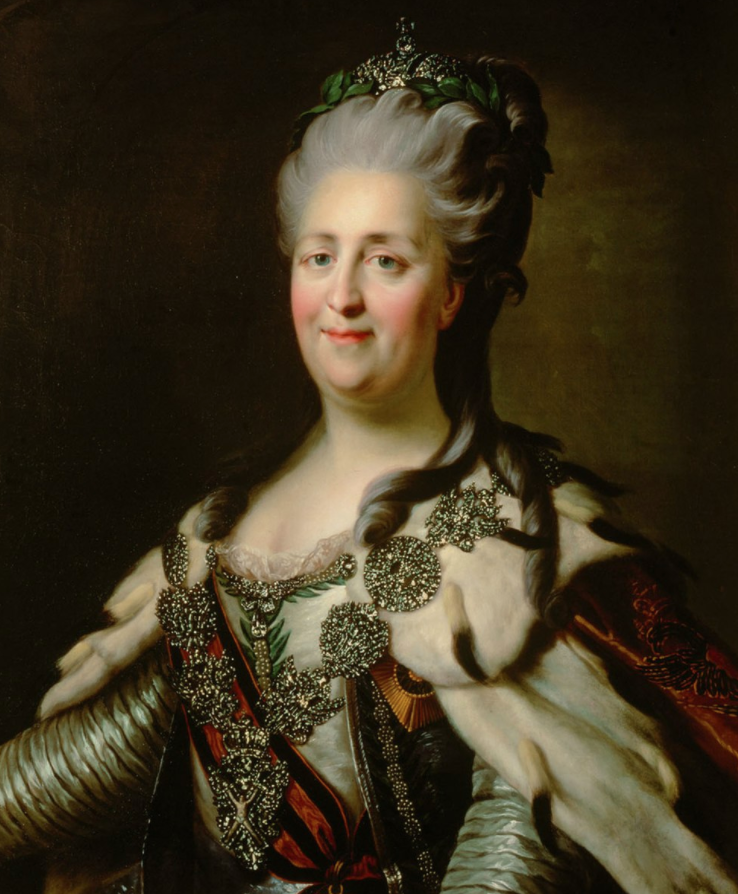 Portrait of Catherine the Great of Russia.

Was this guide helpful?

📱 Stressed or struggling and need to talk to someone?

Talk to a trained counselor for free. It's 100% anonymous.